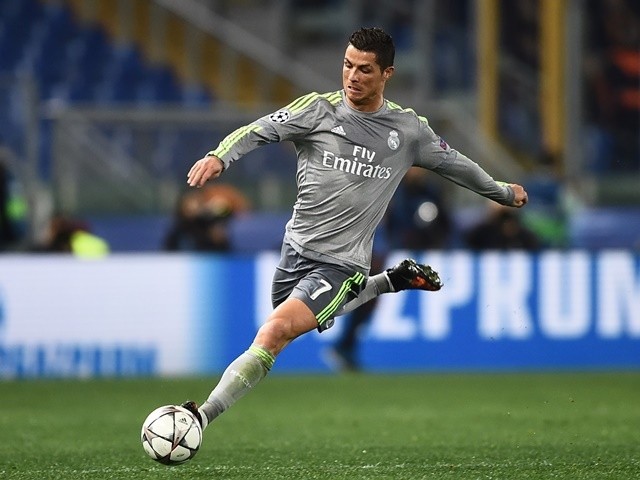 Sports announcers have a hard job. They have to describe every play as detailed as possible, fill time, and try not to be too biased. However, sometimes they just are driven speechless by amazing players and the resulting plays, which result to them saying something along the lines of “RONALDOOOO!!! RONALDOOOO!!! CRISTIANO RONALDOOOO!!!!” Prior to this somewhat nonsensical call, Ronaldo received the assist before scoring a goal with a back heel kick. (as seen here)

Cristiano Ronaldo dos Santos Aveiro was born on February 5, 1985, the youngest child of Maria Dolores dos Santos Aveiro and José Dinis Aveiro in São Pedro, Funchal. After being noticed as a potential star by Sporting CP (commonly known as Sporting Lisbon in English speaking countries), the 13-year-old was signed for £1500 (just under $2000 US). While training with Sporting CP, Ronaldo’s skills advanced to such a high degree that, at the age of 16, he became the first player in the club’s history to play on the U-16, U-17, U-18, B-Team, and first team all in one year.

Two years later, at the ripe old age of 18, Ronaldo was signed by Manchester United for a £12.24 million (about $16.1 million US) transfer fee, turning the poor kid from an island southwest of Portugal into the most expensive teen in the world at the time. In his first season in the Premier League, Ronaldo scored a whopping total of four league goals. However, by the 2007-08 season, Ronaldo scored 42 goals in all competitions.

Before the 2009-10 season, Ronaldo was signed by Real Madrid for a £80 million (well over $100 million US) transfer fee. That season, he made all that money worth it, scoring 33 goals in 35 games, despite missing a month-and-a-half because of injury. The next season, he scored a whopping 40 goals, including 11 in the final four games. In the following 2011-12 season, Ronaldo scored a massive 46 goals in league play and 63 in all competitions.

In recent years, Ronaldo has gathered his 300th and 400th goals with Real Madrid, while also accumulating his 600th career goal. During the 2008, 2013, 2014, and 2016 campaigns, Ronaldo was awarded the Ballon d’Or, given to the best footballer in Europe.

One of Ronaldo’s most notable skills is his accuracy and talent on free kicks and penalty kicks. Much like a knuckleball in baseball, Ronaldo has the ability to make his free kicks dance around, zigging and zagging before reaching the goal, much to the chagrin of the goalkeeper (video).

Cristiano Ronaldo is arguably the greatest soccer player of this generation (the only other contender would be rival Lionel Messi). However, even with his natural playing ability, there was still work to be done. Having grown up in an impoverished city, Ronaldo dedicated his life to soccer as a way to escape the pain of his life. Likewise, as followers of Christ living in a spiritually impoverished world, we need to dedicate our lives to growing in our skills and abilities for God’s kingdom, so that we can be the greatest players on His team that we can be.